10 years ago today, VOSON first became publicly available for academics and students as a web application. This is how it all started...

The Virtual Observatory for the Study of Online Networks (VOSON) project was formally established in 2005 as part of an Australian Research Council (ARC) grant and has been associated with several ARC grants since that time. The VOSON Project, led by Rob Ackland and based at the Australian National University, involves advanced research in online social networks, research tool development, and a teaching and training program.

The VOSON project was a pioneer in an emerging area of study: conducting research on online networks before the surge in popularity of social media such as Facebook and Twitter.

The VOSON Software (which was first called Uberlink, and then renamed to the VOSON System before we settled on simply calling it VOSON) was one of the main outputs of the project and was designed as a tool for data collection, analysis and visualisation of hyperlink networks.

During 2003, the VOSON Project experimented with available software for web crawling and network visualisation. The first version of VOSON (or Uberlink, as it was known then) with a graphical user interface was released internally in 2004. This was a desktop application built using the Qt cross-platform application framework, and an advantage was that it could support interactive network visualisations using OpenGL. We used the HypViewer library for layout and interactive navigation of networks in 3D hyperbolic space. However, the disadvantage of the desktop application version was that it could only run on a Linux computer, and it could not support collaborative research. 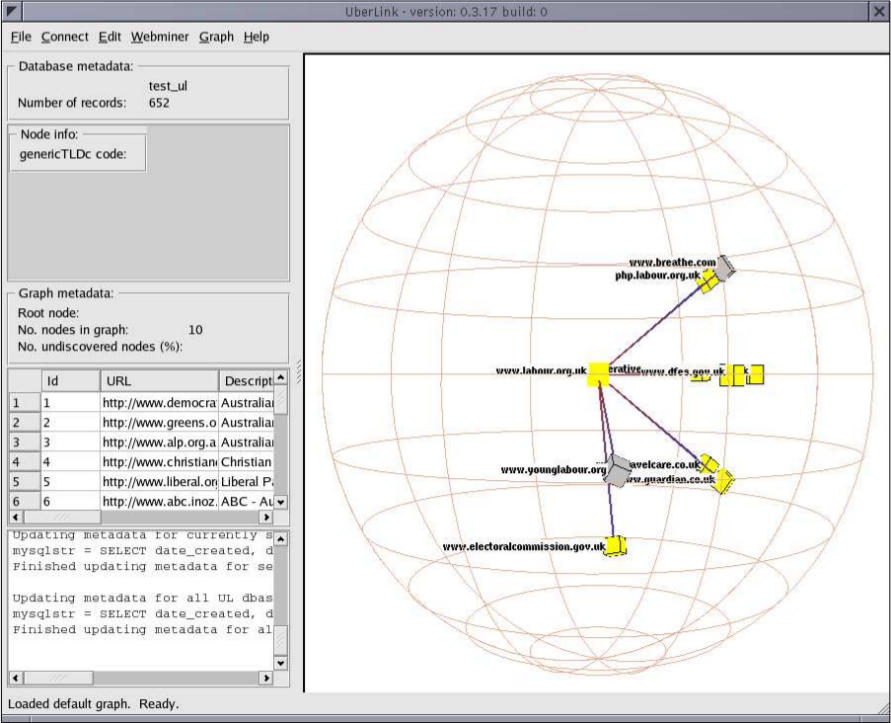 At that point, it was clear (in 2004) that the future was in web applications, and libraries for enabling highly interactive websites using the so-called AJAX (Asynchronous JavaScript and XML) framework were being released. A decision was made to port VOSON to a web application version built using the PHP web programming language and associated AJAX libraries. The first version of the VOSON web app was internally released in 2005. 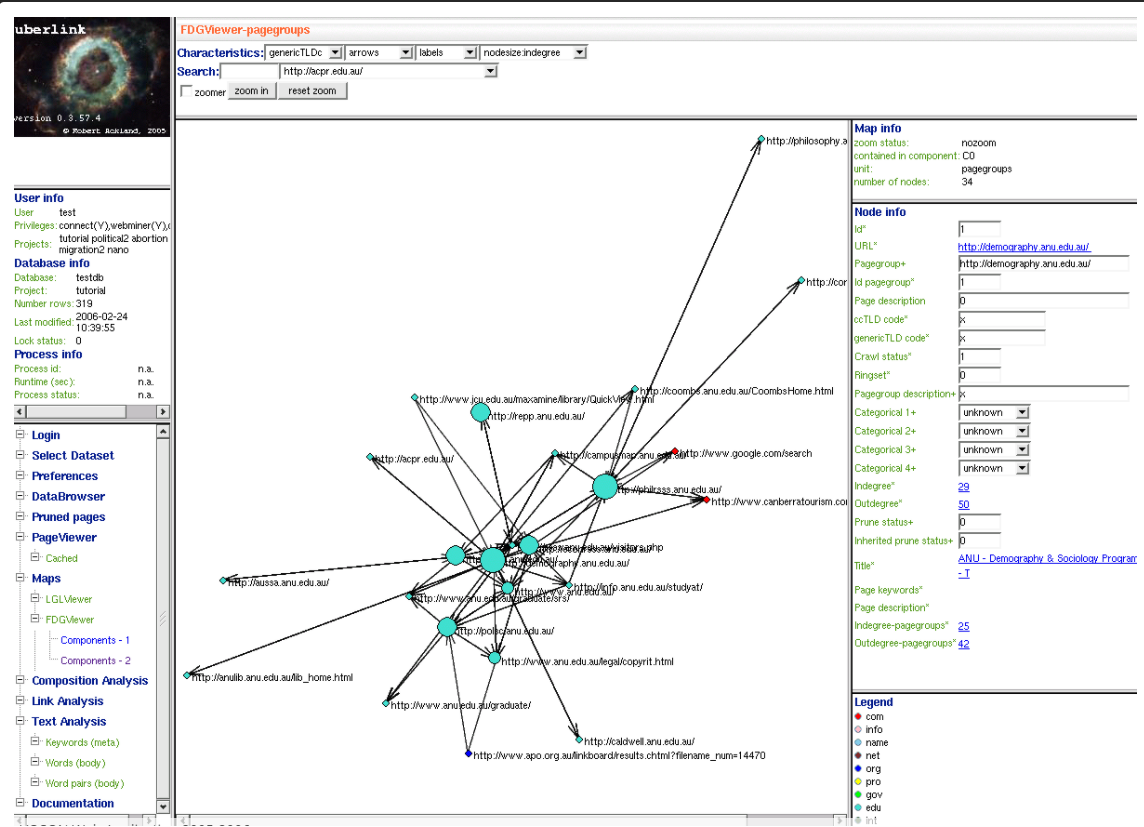 The version that we now refer to as “VOSON Classic” was publicly released on 22 September 2006. This was a “soft launch" and for the first 6-12 months the only external use of VOSON came from individuals with some connection to the VOSON project, or who were students at the ANU, or who had heard about the software via word of mouth. Part of the reason for the soft launch was the fact that at that stage, VOSON was hosted on Rob Ackland’s desktop computer at the ANU. This modest computing infrastructure meant he had to be careful about providing access to VOSON--in fact, the first publicly-released version of VOSON did not even allow users to conduct their own crawls!

Over the next few years, VOSON was moved to a dedicated server running in the computer room of the Coombs Building at the ANU. But it became clear that for VOSON to improve and become accessible to a wider range of users--and hence have its greatest impact--it would need to be developed and hosted outside of the university environment. 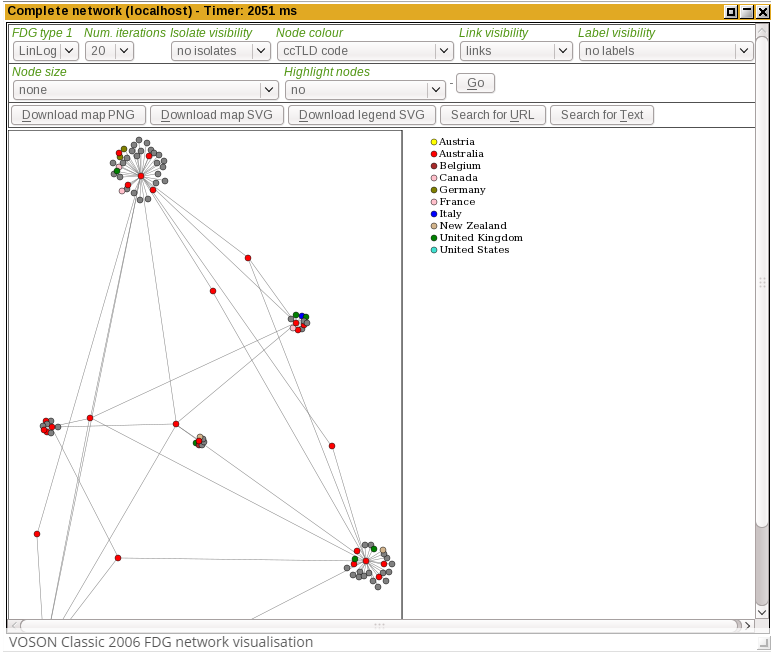 In 2010, under a licensing arrangement with the ANU, Uberlink Corporation started commercially hosting and developing VOSON. In 2013, a new user interface, VOSON 2.0, was released for Professional and Premium Tier users, with the Classic interface still being available for the Free Tier users. In May 2016 VOSON Classic was retired after 10 years of continual service to students and researchers. The latest version, VOSON 2.5, was released in 2017. 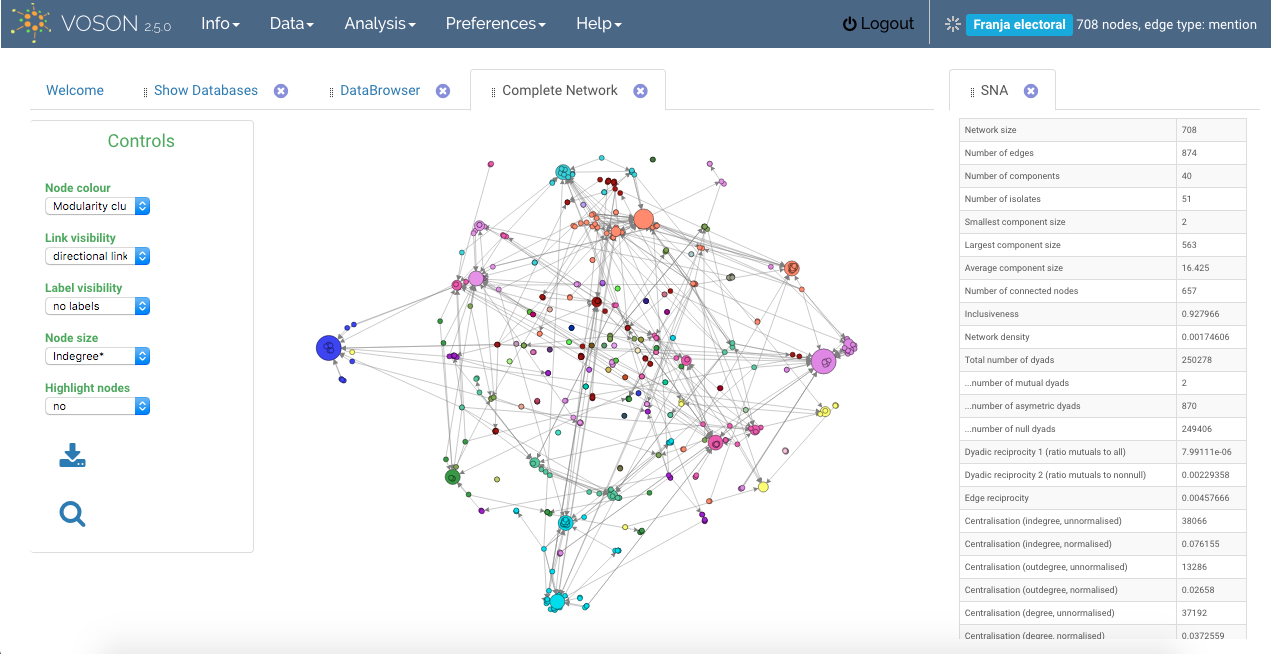 With over 3,000 registered users all around the world, VOSON is going strong--as witnessed by the considerable number of academic publications using VOSON from diverse fields, and its high usage rate as an empirical tool for hyperlink and text data collection, data preparation and analysis.