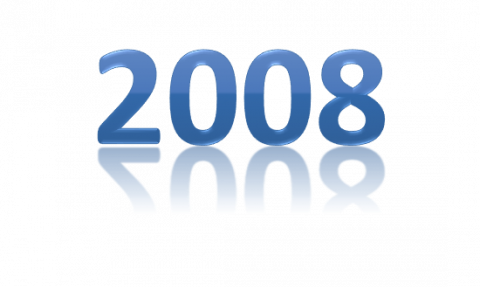 August 2008 - Social Science of the Internet Masters Degree Specialisation Approved. The Internet has transformed the way we work, collaborate, engage in commerce, participate in the political process and interact socially. Researchers and analysts in both the academy and industry are increasingly using Internet data for empirical research into social, economic and political behaviour. By undertaking the "Social Science of the Internet" specialisation in the Master of Social Research, students will gain a thorough understanding of the relevant theory and methods for conducting social science Internet research. Students will: (1) gain an understanding of the fundamental changes to society, politics and the economy that have resulted from the introduction of new information and communication technologies such as the Web; (2) learn how core social science concepts and methodological approaches can facilitate an understanding of life in the Internet Age; (3) learn about relevant online research methods that can be used for collecting and analysing data from the Internet. The new specialisation emphasises empirical social science research and thus complements the existing specialisations in the Master of Social Research. More infomation about the Master of Social Research (Social Science of the Internet).

May 2008 - VOSON System is now hosted at the Australian National University Supercomputer Facility (ANUSF)! To date, the VOSON System has been hosted on Red Hat Fedora Core 4 desktop servers managed by Robert Ackland. In May 2008, VOSON became fully operational on a VMware virtual server (running CentOS 5.1) which is part of the Data Cluster being established by the ANUSF. As noted on the ANUSF homepage, "ANUSF operates and supports the peak computer system of the National Facility of the Australian Partnership for Advanced Computing (APAC), of which the ANU is a Partner". The move to the ANUSF Data Cluster was partly motivated by the need for greater computational and storage resources, associated with a VOSON project focusing on the analysis of large-scale web crawl data. We want to thank Joseph Antony and colleagues from the ANUSF for their work in setting up the VMware virtual server environment. The VOSON project team will continue development of the VOSON System application from the project's home in Australian Demographic and Social Research Institute, and we would like to thank Sean Batt, IT Manager of the ANU's College of Arts and Social Sciences, for continuing IT advice and encouragement.

March 2008 - Oxford Internet Institute, Internet Archive and Hanzo were awarded a Joint Information Systems Committee / National Endowment for the HumanitiesTransatlantic Digitisation Collaboration grant for a project titled "The World Wide Web of Humanities". Robert Ackland is named on the grant as an advisor to the OII, and will be using the the VOSON System to conduct an analysis of the structure and composition of selected scholarly e-Humanities web collections. For more details on the project, see the press releases: http://www.jisc.ac.uk/news/stories/2008/03/transatlantic.aspx, http://www.neh.gov/news/archive/20080326.html.

Second semester 2008 - a new course titled "Social Science of the Internet" will be offered in the Master of Social Research degree at the ANU. The course will focus on the theoretical and empirical contributions from economics, political science and sociology to understanding life in the "Age of the Network". In 2009, we plan to run an online research methods course, with particular emphasis on approaches for analysing Internet trace data from websites, blogsites and social networking sites such as Facebook. From 2009 (subject to university approval), "Social Science of the Internet" will be one of four specialisations within the Master of Social Research degree. Non-award enrollment in this course is possible if you are interested in enrolling without undertaking the entire degree. The course will be taught using cutting-edge flexible-learning technologies and people living outside of Canberra are encouraged to apply. See the Master of Social Research web page for further information (including how to enrol).

January 2008 - Robert Ackland gave a presentation titled "Online Collective Identity: The Case of the Environmental Movement" at a staff seminar at Department of Management Communication at the University of Waikato.