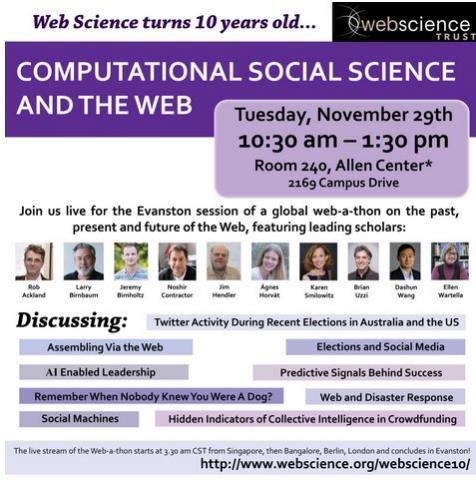 On November 29, 2016, the Web Science Trust -an organization supporting the development of global Web science- celebrated its 10th birthday. During the event, key research findings of the Web science field were presented by various researchers from Singapore, London, Berlin, Bangalore, Canberra, and various research centers across the USA, in a global web-a-ton.

As part of the Chicago group, Dr. Rob Ackland presented on “The Web and Elections in Australia and the US”, where he discussed three recent research examples involving the usage of large Twitter datasets:

Other topics discussed in the panel were: Assembling Via the Web, Predictive Signals Behind Success, and Web and Disaster Response.

The event can be streamed here.